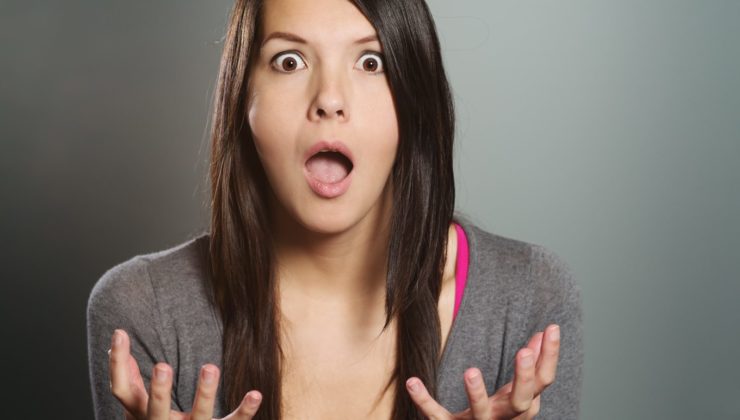 Why That Little Lie is Early Stage Relationship Cancer

I’ve got some bad news. You have cancer.

We all have cancer—the cancer of secrets in our relationship.

Most of us consider ourselves honest, at least with our life partner. And largely we are honest; we share with our partner.

That’s part of being in a committed relationship, right?

The reality is that most of us are somewhat less than perfect when it comes to disclosure, though.

There are white lies such a birthday gifts and surprise parties. There are omissions of convenience because the truth takes too much time or could cause a fight. There are lapses in moral judgment or little mistakes we’d rather not admit. Sometimes there are big things we avoid like flirting with someone outside our relationship or maybe even a one-night stand.

—>If you’ve cheated, watch our video on what to do about it

Whatever the reason, secrets happen in every relationship. Good couples only have small secrets between them, but all relationships have some secrets. We’re human and imperfect. Secrets happen, even if we’re committed and honest.

Those secrets in the relationship are early stage cancer. What we call normal and assume is harmless actually is much more dangerous than many of us think.

Small, harmless secrets don’t kill our relationship, but they quietly lead to something more pernicious: leading separate lives and defining ourselves as fundamentally different than our partner. Over time, this differentiation eats away at our relationship from the inside out until one day we wake up and we’re not close with our significant other any longer. We’re individuals, no longer a single unit.

Just like cancerous cells that starts relatively harmless but grow into something life threatening when untreated, secrets threaten our relationship over time as they multiply.

The Effect of Secrets Over Time

Whether big or small, secrets hurt our relationship in two ways. There’s the initial injury to the relationship when we withhold, then there’s the ongoing injury from keeping the secret.

During the initial lie, we break trust, act separate and expand the difference in understanding with our partner.

This is bad, but not yet cancer.

The cancer starts when we keep the secret and it forces us further from the person we love. This becomes ongoing deception, and depending on the importance of the secret it either creates a ticking time bomb that creates doubt in our partner when discovered, or it leads us to shut down and withhold further as we tip-toe around the lie so it never is revealed.

Secrets have a way of coming out, like a beach ball that is held under the water. But even if they don’t, even if the secrets are minor or we’re good at maintaining the fiction, they hurt our relationship from the inside out.

A kept secret does almost as much damage as one that is discovered, albeit without the fireworks at the end. We might not know that our little deceptions are the cause of the strain in our relationship; we just know there isn’t the chemistry and connection without our partner any longer.

What went wrong with the relationship? We don’t know. But I’ll tell you what probably happened: Little secrets and omissions ate away at the connection over time.

This is because the more we withhold, the more we’re likely to withhold in the future. We’ve normalized the breach in trust and the breakdown in communication. More than the secret itself, this normalization of distance between us and our partner is what will harm our relationship in the long run.

How to Avoid the Cancer of Secrets

There isn’t an easy solution.

As much as I’d love to give you seven tips for avoiding relationship cancer, there isn’t an easy fix. Lies and omissions are a human thing. They are culturally accepted. We all do it, and it is hard to avoid.

There is a simple answer: Don’t hide anything from your partner. Putting that into practice is easier said than done, though. For most of us, we’ve built the habit over a lifetime and don’t consider it a huge issue unless the secret is big.

So what can we do?

First, we can recognize the problem. Every time we tell a lie or omit details, we’re doing something huge and negative against the relationship. In that moment, we’re killing our relationship softly.

Know the magnitude of these little lapses in judgment. Know the problem.

Second, tackle the threat by slowly changing this bad habit. Honesty and disclosure absolutely is a learned skill, a habit we master over time. Some of us have been lucky enough to learn the habit of total disclosure from our parents when we were young, and an even smaller percentage of us have been lucky enough to somehow avoided unlearning it as an adult.

The third way we tackle this challenge is through recovery and acceptance when mistakes happen. When we make a mistake and slip into the old habit of hiding, we need to correct quickly by telling our partner about the truth and our mistake in covering it.

We fix it fast, in other words. We accept the initial injury of lying, and we limit the damage by avoiding the long-term consequences of maintaining the lie.

Along with fixing our mistake quickly, we also forgive our partner when they make a mistake in disclosure. We accept them, even if we know the lie wasn’t good. We give our partner the same opportunity for recovery that we deserve.

There are a whole bunch of little tactics we might employ, but this is the basic approach.

Eliminating the habit of secrets is important, but it isn’t always easy. If you see the problem with secrets but don’t know how to change your habit, reach out to us at Kowalke Relationship Coaching. We can uncover the dynamics that are holding you back and help you build routines that create a better foundation.