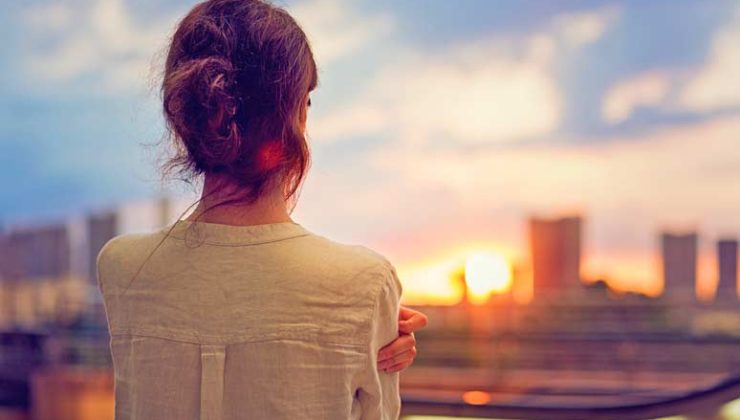 The Real Reason You’re Still Single (and How to Break the Cycle!)

Let’s be brutally honest for a minute. You’re pretty awesome. But you’re still single. This is not because there’s anything fundamentally wrong with you; you can have a lasting relationship filled with love, acceptance, connection and deep partnership. It is out there waiting for you, and trouble is not that you’re somehow broken or unable to have that kind or relationship.

The issue also is not that you’ve failed to find the right guy or girl. There are many “right” people for you, and finding them is not that hard. I know this because I help singles find love all the time. There are plenty of good people out there.

What’s going on here–if we’re being honest–is that some habit or mindset is limiting your relationship life. You’re caught in a bad cycle. Why you’re stuck is because you haven’t actually addressed the real issue.

Here are the four things that probably are holding back your relationship life.

There’s a huge cult around knowledge. I know this firsthand—one of the places where I live and work in San Francisco, where there’s the belief that any problem can be solved with better thinking and the right hack.

Better thinking probably isn’t the issue, however. You don’t need another article on dating smarter or connecting with your soulmate. These are just words, even if they are smart words. They don’t make you better unless you apply the ideas.

Application is where many of us go wrong. It is easier for us to read about relationships, take a class or watch YouTube videos and think we’re improving ourselves. The challenge is not a lack of knowledge, however, it is a lack of putting this knowledge into practice.

What we really need is an adjustment of habits, and that’s hard. Stop reading about relationship techniques and focus on actually shifting a limiting belief or habit in your relationship life. You can either do this on your own or get help from a relationship coach.

Without hope, we won’t work on building that lasting relationship. We absolutely need hope and the determination to reach our dreams. But positive affirmations are not enough.

A second reason we keep failing at that lasting relationship is because we think “I will try harder this time” and “I won’t make those mistakes again” is all that’s needed for change. This actually is an excuse for not making any adjustments, however. It is like telling ourselves we will win a race by running faster.

We don’t run faster by telling ourselves to run faster; we run faster by hitting the gym more, practicing more, dieting differently, refining our technique. In short: We act differently. The same thing applies to our relationship life. “Better next time” is a sure recipe for not being better next time because nothing has really changed.

3. You’re Focusing on the Wrong Issue

This limitation comes from a lack of daring and honesty with ourselves. We might be working on ourselves, but we’re tackling surface issues or not addressing the real habit that is keeping us from that satisfying relationship.

Sometimes we don’t fix the real problem because we can’t see it; this belief feeds our bad habit of substituting words for action, because we’re looking for insight from others instead of taking action on ourselves.

More likely the problem is not knowledge, it is a lack of honesty with ourselves. In our heart, most of us know the real thing that is limiting us. We know the problem. We just are not honest with ourselves because we lack the daring to call it out. So we make changes but not the ones that really matter.

Which brings us to the biggest reason we haven’t found a life partner: We’re scared. We’re not scared of having the perfect romance, we’re scared of change. If we want to change our relationship situation, we know we must act differently. But change is scary! We don’t like going outside of our comfort zone.

We want new results without going through the scary process of growth and new habits. So, we read more books, say next time will be different, focus on surface changes and avoid what actually will make us happy in the end.

Here’s the hard truth: If we’re are not in that relationship we want, we gotta grow.

There’s an upside to this truth, however. We can have that lasting relationship we want. We just gotta want it badly enough that we put in the work. There are plenty of relationship professionals who can help with this process, but nothing changes until we are ready to actually make changes to our existing approach.

What’s holding you back is that nothing actually is changing.